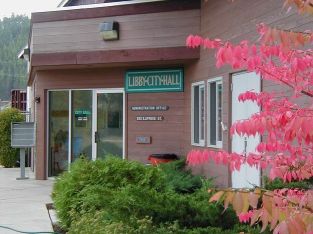 and snowmobiling. Whatever the season, the Kootenai National Forest contains 2.2 million acres and 3 wilderness areas in which to play! Libby is only 15 miles / 24 km east of the Hwy 2/56 junction of the Selkirk Loop’s Lake Pend Oreille – Kootenai River Super Side Trip.

The Kootenai National Forest has more than 1,400 miles of trails and does not require back country or wilderness permits. Remote hiking areas include the Cabinet Wilderness, Ten Lakes and Northwest Peaks Scenic Areas, as well as 5 designated National Recreation Trails. 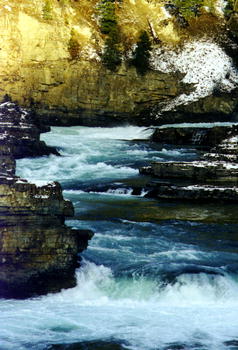 The Cabinet Mountains wilderness area contains mountainous, rugged terrain that runs north/south through the center of the Kootenai National Forest. High mountain peaks, notably Snowshoe, A Peak, and others ranging from 7,618 feet to 8,738 feet, provide a scenic backdrop for Libby and the surrounding area. More than 20 trails leading into the Wilderness give access to dozens of small lakes, ridgetop panoramas, and alpine meadows.

Kootenai Falls on the Kootenai River, adjacent to U.S. Highway 2 between Libby and Troy, is a major scenic attraction. The placid river which carries water volumes ranging from 3,500 cfs to 30,000 cfs, suddenly gathers momentum, surging first through China Rapids and then over Kootenai Falls, dropping 90 feet in less than a mile. The main falls is 30 feet high.

The falls area is a sacred site to the Kootenai Indians who once called this area home. This was a place where tribal members communed with spiritual forces. In the early 1800s, David Thompson, a Canadian explorer and employee of the Northwest Company, traveled into the Kootenai river area and used the Kootenai River as a navigational guide through the area following Native American Indian and game trails. He portaged around the falls, following cairns â€” piles of rocks marking the trail â€” built by the Kootenai Indians. 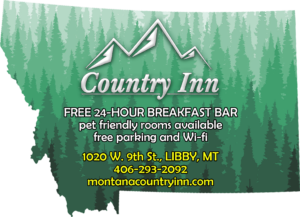 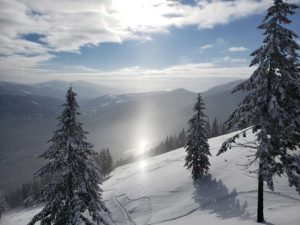 This alpine ski area is a hidden gem in the Kootenai National Forest. Ski Magazine declared it â€œthe best lift-assisted powder skiing in the U.S.â€ Adventurous souls who do make the trek to Turner will undoubtedly be rewarded with some of the best skiing in their life â€” and so much more. This volunteer run … 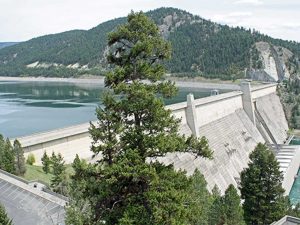 Nestled in the mountains of Northwestern Montana lies one of the state’s best-kept secrets. Libby Dam provides a delicate balance between flood protection, hydropower, recreation, and environmental stewardship. Visit the interactive exhibits in our Visitor Center, picnic, go camping or fishing. The Libby Dam Visitor Center is open Weds-Sun Noon-6pm through the summer. (Visitor Center …

The Venture Inn is nestled in the beautiful Kootenai River Valley at the base of the Cabinet Mountain Wilderness. It boasts the only indoor heated pool and hot tub in Libby.

Dedicated to promoting tourism and recreational development in Lincoln County.